The future of the book is making headlines once again. This time in The Economist with a six-page special supplement. 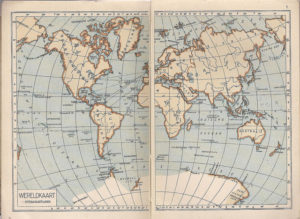 I haven’t read it. I’ve been preoccupied with other things.

A few months ago the artist and poet Steven Fowler asked me if I wanted to take part in the Enemies Project which encourages collaboration between poets across countries. Without knowing much of what I was letting myself into, I said yes. It sounded exciting.

I have been paired with the Slovakian poet Juliana Sokolova. We have been told to create a ten minute performance piece that we will stage at the Free Word Centre in London on 5th of November.

Juliana and I have never met. We haven’t even heard each other voices. Initially we toyed with the idea to Skype, so we can at least see each other on screen. But then we decided against it. After all, our collaboration is about words. Last week we sat down and created a story purely by email exchange.

The story is in English. We developed the plot in alternating paragraphs, with added quotes from poems and songs. We took as our starting point a poem by the Turkish poet Sait Faik about a man drinking a beer on a Sunday. What became clear was that we both held different images of this man in our heads. But we also knew that we could build tension and a narrative arch by accepting these differences. Most exciting, during the course of the story our perspectives began to converge.

Now let’s get back to the future of the book.

In his Booker prize acceptance speech last week, the Australian novelist Richard Flanagan said that ‘novels are not content. Nor are they a mirror to life or an explanation of life or a guide to life. Novels are life.’

I would like to extend that to all forms of text and to all books. As long as we humans use language to communicate with each other, we will explore the creative potentials and limits of words by producing text – novels, novellas, short stories, essays, poetry and drama.

Some of this might be published as ebooks, some as paper books. And some might be created via email exchange to be performed for one night only.