‏Last week my 14-year-old was awarded the Classical Civilization prize for Year 9 from his school. Well done, my son. 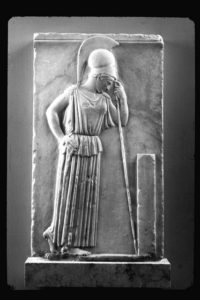 But, actually, the prize belongs half to me. Without me he would not have stepped onto the podium. Without me there would be no academic triumph and public recognition.

At least not in ClassCiv.

A few weeks ago he started to prepare for his end of year exams. I asked him to show me his notes. I was impressed. Science, history, geography notes were tip top. Maths, English, foreign languages all under control. He loves music and art– so no worries there. I was about to leave his room when suddenly it struck me that I hadn’t seen any ClassCiv notes. My son shrugged his shoulder:

‘No one is going to study for it.’

‘It’s boring. I am going to drop it next year anyway.’

‘That’s not a good enough reason for failing your exam.’ I paused after this piece of maternal wisdom. Then added: ‘Show me your note books from this year.’

He got out a nearly empty folder.

‘Yeah,’ he shrugged his shoulders again. ‘I threw most of the sheets away. They were too confusing.’

Since he started to play the piano at the age of four, my son and I have developed an effective modus operandi. The starting point: he doesn’t want to practice and I want him to practice.  First I blow my top. Then he shouts at me. Then I shout at him. Then we shout simultaneously at each other. This little intermezzo usually lasts about 10 to 15 minutes. Then we sit down next to each other and get down to work.

It took him a mere hour and a half to reconstruct the time line from the Greeks to Julius Caesar that had been covered during the school year. We then spent a further half an hour adding bullet points. He looked over it a couple of times, headed into the exam and achieved top marks.

‘You see,’ I couldn’t restrain myself from commenting when he came home with his A, ‘that wasn’t painful, was it? All you had to do was to concentrate for two hours.’

And so, dear reader, just in case you wonder why I recount this little domestic tale, we have now come full circle and we are back in Peirene land and our two-hour reads. It only takes two hours to read a Peirene novella. And if you, like my son, take two hours, the Nymph and I promise that you, like my son, will obtain unexpected rewards and pleasures.