The Trouble with Men

“I don’t like the Man Series. I mean the name.” The  Nymph has complained for a while. 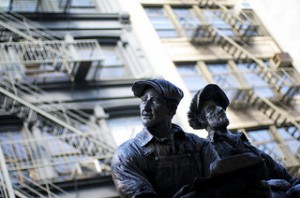 I admit. The Man Series is a hard sell. Our most difficult to date. Maddy and I experience resistance each time we promote the books at the Roaming Stall.

We point to Peirene No 1-3: “This is our series of the Female Voice – women and their inner realities.” We don’t have to say more. Eyes – from female and male readers – light up, the deal is done.

Our Small Epic series works similar magic. “A family saga about secrets and sexual tensions, a Danish literary crime thriller.” We sell subscriptions even at the stall. People are happy to hand over their hard-earned money in return for future books.

And then there is the Man Series. We’ve tried various selling techniques. “Men and their struggles with love and life.” “Our series of Masculinity – male authors, male protagonists.” “Everything you ever wanted to know about men.” A lame smile is the most positive response we tend to get from men and women alike. Then they point to the Female Voice series: “We’ll take those three.”

“I don’t understand.” I put my head in my hands in despair. “The books are just as well written, as fascinating as all the others. Next World Novella and Maybe This Time were among Guardian’s paperbacks of 2011. Next World Novella has now been long-listed for the Independent Foreign Fiction Prize. And, especially women, once they’ve finally read these books, vote Next World Novella as their best Peirene yet. But, blimey, what a struggle to get people to pick up these titles in the first place.”

“You haven’t nailed the name.” The Nymph looked at me with little sympathy. “It’s all in the name. ‘Man Series’ just sounds a total bore. It doesn’t offer anything to the imagination.”

Last week we held an emergency meeting at the kitchen table at Peirene HQ: Maddy and myself, the Italian illustrator Giulia, our current intern Yasmine and the Nymph. Sacha was on the other end of the telephone line.

The male protagonists in all three stories face moral dilemmas. Ultimately they all want the same: intimacy and a loving relationship. But they struggle to get it, or keep it. And, unlike the female characters in the first three books, the men project their reflections onto the outside world. They don’t hold on them internally.

‘Male Dilemma.’ We agreed. A nice contradiction in terms. We now needed a tag line. ‘Male Dilemma – Quests for Intimacy.’ ‘Male Dilemma – Paths of Reflection.’ We chose the second option. The first could be misinterpreted as ‘men’s desire for sex.’

“So what?!” Peirene disagreed with our choice. “If people have a one-tracked mind and interpret men’s need for intimacy with sex only, let them. Sex sells. The series could do with a juicy touch.”

She’s right. Besides, Paths of Refection could be misinterpreted as the title for a series of religious pamphlets – and that’s definitely not what we offer.