The Show Will Go On

Our first Small Epic title has been launched! We celebrated the The Brothers by Finnish author Asko Sahlberg with three consecutive events. On 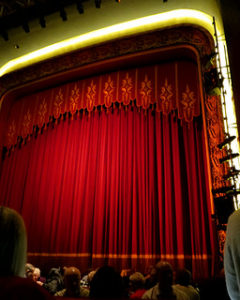 Thursday evening we were at Belgravia Books near Victory – sell out. On Friday at the Finnish Institute in Holborn – sell out. And yesterday we held our 12th Peirene Salon – sell out.  Altogether we drew a crowd of 130 people. No surprise really. There were many stars who delivered outstanding performances: the translator Emily Jeremiah, eloquent and thought-provoking; the internationally renowned young Finnish violinist Kreeta-Julia Heikkilä; the brilliant BBC journalist Rosie Goldsmith. And three impressive actors: Adam Venus und Julia Nagle on Friday evening, Che Walker on Saturday.

And the author? Sadly, Asko Sahlberg had to cancel his London trip on Wednesday due to ill health.

Initially my heart sank. But after reorganising the events I quickly realized we would still put on memorable shows. And so we did.

“Look who is talking! All Mrs-in-control now, aren’t we.” The Nymph was in a bad mood this morning. I had asked her to help me clean up after the salon.

“It all went well, didn’t it? Everyone enjoyed themselves.”

“That’s not what I mean.” The  Nymph sat down on the sofa, the broom leisurely dangling between her knees. “You were quite stretched by the time the Salon started last night, admit it.”

“A bit.” I conceded, avoiding Peirene’s gaze while I concentrated on loading the dishwasher.

“A bit?!” She repeated sarcastically. “You snapped at the poor intern because she uncorked a wine bottle badly. You fussed about the guests being too hot, then too cold. And then you worried about the reading going on for too long.”

I straightened up. “To run three author events without an author is quite stressful. Rather than mocking, give credit were credit’s due.”

“Hm, I actually thought it’s me who deserves the credit. My spark keeps the show on the road – even if a performer drops out. Other publishers would have canceled the events.”

She put the broom to one side and leaned back on the sofa, closing her eyes. “In fact, I deserve a day’s rest.”

For a moment, her cheekiness baffled me. Then I went over to her and pushed the broom back into her hand.

“Your spark is wonderful. I wouldn’t know what to do without it. But the house still needs to be cleaned.”  Reluctantly she got to her feet.

“In ancient Greece I would have never been abused as a slave,” she complained bitterly, as she dragged the broom as slowly as possibly across the floor.