The Pitfalls of Tantrums

When babies cry they have a fair chance of receiving attention. However, toddlers, in 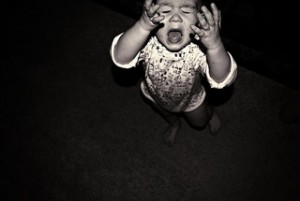 a fit of temper, get a telling off rather than sympathy. And when adults throw tantrums, we have a problem. To avoid this problem we have developed the art of communication. In the 21st century this art form is made terribly easy by plenty of gadgets. We should all be experts.

Earlier this week I received an email, which is familiar in tone to other, similar mails. Here is an extract:

“I have been reading your newsletter every month. In return, I think it would be only courteous if you could read the manuscript I sent six months ago.”

I am baffled –  not by the request but by the tone – a tone which implies an obligation on the part of the receiver.

If email hadn’t been an option, would a letter or a telephone conversation have been conducted in a similar demanding manner?

I don’t force anyone to receive the Peirene newsletter. If someone doesn’t want the information any longer then they can “unsubscribe.” Furthermore, if someone has a favour to ask, perhaps they would be better advised to write me a nice note.

I, too,  have many desires. And I need others to help me fulfill them. I want authors to agree that I can publish their works, I want journalists to write about the Nymph, I want bookshops to sell my titles. I want I want I want. And each day I write many emails to people I know and I don’t know soliciting help.  Sometimes they reply and sometimes they don’t. That’s the name of the game. You have to role the dice many times. Without hope and without despair. But I have one firm rule: be polite. Perhaps I am old fashioned. But I believe compliments, thank yous and pleases get me further than bitterness. After all, no one owes Peirene a living, the world existed before us and will exist after we’ve gone.

“May I kindly correct you, please” says Peirene in her sweetest voice.

“You may, since you asked so nicely.” I smile at her

“After we’ve gone the world might continue to exist. But it won’t ever be the same again.”

The Nymph has got a point. We all leave an impression. And it might as well be a positive one.