The Myth of the Big Fat Baddy

Books consists of words. And words are symbols. And symbols, put in a narrative order, make myth. So no wonder then that the book world is 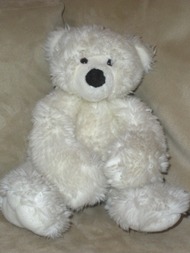 infested by myth. And one of the them asserts that Waterstone’s is a big fat baddy.

Last week I met two lovely French ladies. Hélène Fiamma and Josephine Seblon. They are the new crew in charge of literature at the Insitut Français. They arrived in this country a couple of months ago and realized that they need to understand the British book market before they can promote the cause of French Literature. So they are interviewing UK publishers.

Last week came Peirene’s turn. Soon the conversation turned to the difficulties of selling foreign fiction. I told them about my two discoveries of this year, one disillusioning, the other a wonderful surprise. The disillusion first: Independent bookshops. When I started with Peirene I assumed that the Indys would be our backbone, they would love the Nymph and sell her books. Some do – and indeed do it fantastically – but with a lot of shops we struggle. They don’t stock us, and if they stock us, they don’t reorder. They think we’re too risky. They prefer the safe bets, such as the Booker Shortlist. Moreover, most Indys nowadays order from the wholesaler, to whom I have to sell the books at a large discount.

Waterstone’s on the other hand, has emerged as a glorious surprise. Flagship shops stock, reorder and put us on display tables. And we heard recently that  a couple of them might sell the first three Peirene books together as a special Christmas gift bundle –  for the adventurous reader short of time. What’s more we don’t pay a penny for these promotions.

My visitors expressed amazement. You are the first publisher to say this, they replied. All others point to Waterstone’s as the big baddy. I shrugged my shoulders: I know. But I really can’t agree.

So, who is deluded – me or the rest of the publishing world? Well – I can’t speak for the others – but let me be clear, it’s not me. I am relating facts.

I even got so enthusiastic about Waterstone’s that I invited their MD to the next Peirene Salon on the 11th of December. He can’t make it but I did receive a prompt, nice reply.