The Murky Waters of Human Irrationality

Humans are irrational. Most of what we do follows – at best – our own internal logic. 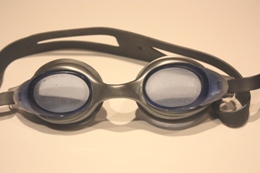 Let me give you two examples. In the first instance irrationality lead to the happiness of everyone involved. The second story is an impressive example of how we boycott ourselves with irrational fears and destroy a win-win situation.

Example 1: A few weeks ago I sent out emails to friends and relatives inviting them to buy Peirene’s new 2012 subscription. Some did, others didn’t like the idea at all. And one dear friend even took the pain to explain that she definitely won’t be signing up because she didn’t want to read any depressing European books. Then, at the beginning of last week, I sent out Peirene’s November newsletter. Once again I promoted the Peirene 2012 subscription. My dear friend was one of the first to sign up. When I saw her for dinner a couple of days later, she congratulated me. “A gift subscription,” she exclaimed. “What a brilliant way of buying books. I will definitely spread the word and my mother and sister will receive a subscription for Christmas.”

Example 2: A couple of months ago, a big London theatre decided to stage one of the Peirene books as a play. Huge excitement at Peirene HQ. A producer was in place, a leading actress too. We only needed the go ahead from the author to allow the actress to shorten the text down to a play of one hour length. She even offered to fly to the Continent to discuss the cuts with the author. The author refused all co-operation. Pleading and persuasion didn’t work. Therefore – sadly – the play cannot be staged.

Peirene was beside herself and threatened to call up the author to air her fury. I managed to grab the receiver out of her hand just in time.

“Leave it. We’ve tried everything we could. We have to stay professional after all.”

“This makes no sense. Doesn’t the author want to become known in this country? Other authors would pay for an opportunity such as this.”

The Nymph paced up and down the office. When after a while she calmed down, she approached me and whispered into my ear:” I shouldn’t really say this and that’s why I am only whispering it… I am wondering if some authors worry too much about controlling their intellectual property. Perhaps they have never heard about Mary Shelley’s Frankenstein. It was staged in London a few years after its first publication. The author was in the audience. No one asked permission. But the play became popular and that’s why Mary Shelley became famous.”

I don’t find it easy to pilot a business through the reefs of human irrationality. But I’m lucky. I have an ancient Greek Nymph on board who loves the waters and whispers wise words.