The Art of Living with Reality

A few weeks ago a phone call informed me that one of the Peirene titles had been long-listed for the Independent Foreign Fiction Prize. I 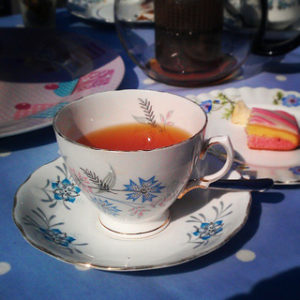 was so excited that I couldn’t really listen to what the young man said. It was only  half way through the conversation that I realized I hadn’t registered the book title. I had to stop the conversation in mid-flow and enquire. After a brief baffled silence from the other end I was given the name of the book again: Beside the Sea by Veronique Olmi.

Last Monday the shortlist was announced at the London Bookfair. When I woke up in the morning I told myself to keep my hopes on a tight rein. But of course by the time I arrived at the Translation Centre in Earls Court 2 my heart was thumping in excitement. Three of the judges were sitting on stage ready to announce the short-list and discuss it. Then the list was read out aloud. Beside the Sea wasn’t mentioned. Maddy and I looked at each other. We shrugged our shoulders and heaved a big sigh of disappointment. It wasn’t meant to be. Peirene stood to my right. She did not turn her head towards us. She remained rooted to the spot in utter silence, staring straight ahead. Her lips a thin line, her jaws pressed tight.

“I don’t believe it!” she eventually hissed into my ear. “What a conservative shortlist. Orhan Pamuk. What on earth!  Just because he won the Nobel Prize? He is such a boring writer.”

“Peirene,” I leaned towards her. “Be careful what you say. There are many ears around us.”

“And look at the publishing houses, it’s always the same houses that get shortlisted.”

“Because they put out well translated, good books.”

“But us too. And we are new, we need that support.”

“That’s not how the world works, Peirene.”

“I don’t care.” She was about to continue her rant but I stopped her short.

“Psst, did you hear this? Peirene Press has just been mentioned. The fact that we submitted three wonderful books but didn’t make the shortlist. You missed that praise.”

For a while she kept quiet. Then she continued:

“Just one more thing I like to point out here: there is only one female writer on the shortlist, the rest are all men. In case you haven’t noticed.”

“Be quiet, Peirene.” I whispered angrily. “If you would listen, you’d realize that a member of the audience has just asked the judges that very same question.”

I am afraid, the reply from the judging panel didn’t please Peirene at all. Apparently they hadn’t received enough good submission by women.

“What? Did you hear that? What about Beside the Sea? Are they claiming that isn’t a good enough text? Shall I tell you my theory?”

“But I tell you anyway. The story was just too controversial …”

“No, Peirene, we’re not going to speculate.” And I grabbed her by the hand, dragged her out of the Centre, away from the crowd to a far corner of the exhibition hall. I sat her on a chair, bought her a large cup of mint tea and left her there to calm down, while I went to my next meetings alone.

Peirene has now lived with her disappointment for a few days. The impact of the trauma is lessening and a silver lining has appeared. “Our three submissions for next year are outstanding. In fact I think we will win the prize,” she announced this morning with a renewed smile.

I am not sure about the accuracy of her prediction but I am pleased I have a year to prepare her for the next reality check.

P.S. The Peirene Ladies will be taking a break over Easter, so I’ll be back with a new episode of The Pain and Passion of a Small Publisher at the beginning of May.