The beauty of blind spots is, you can’t see them in the mirror. On others, of course, you spot them from afar. 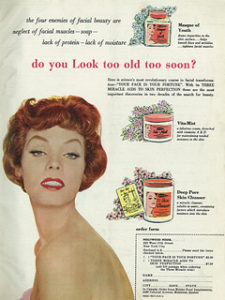 I am good at detecting blemishes in other women.

A few months ago my daughter’s school sent out an email asking parents to present their professions at a school’s career fair for their 6th form pupils. A brilliant initiative from the school and a great opportunity for pupils to gain insight into different career paths. I signed up.

The evening took place in the big sports hall. The professions were divided into sections. As a publisher my stand was in media. I was busy talking all evening and only at the end did I have time to look around. With the exception of a young woman in the property section, two ladies in the teaching department and myself, all the other professionals were represented by men. I was so surprised that I even checked the name list of the exhibitors in case some of the women might have left early. That wasn’t the case.

I know mothers in the school who are practicing lawyers, doctors, marketing directors, actors, writers. Where were they? Of course one could argue that working mothers have to rush home at the end of the day to cook dinner. And some might have had prior engagements. But these are women who have daughters at the school. I assume they – like me –hope their daughters will one day combine career and family. Why didn’t they take this opportunity to show their daughters how it is done?

I have my own favourite explanation: Women still find it difficult to value their career as part of their identity and therefore struggle to represent it to the outside world.

I am not one of these women, I thought, as I walked home padding myself smugly on the back.

Well… pride comes before the fall.

Increasingly for the last twelve months I have been invited to join panel discussions and give talks. I like speaking publicly, so initially I said yes without hesitation. I became aware that on some of these occasions others were paid and I was not.  At first I thought it’s because my fellow speakers are better, more famous, more professional. Then I felt a little hurt. Eventually, Peirene put me straight:

“You have to ask.” She stated dryly.

“Then you don’t value your own worth.”

The words hit home. This week I had an opportunity to test Peirene’s theory. And to no surprise it worked. I will be paid the same fee as the other speaker.

“You owe me a thank you,” Peirene whispers into my ear.

I am grateful to the Nymph for mercilessly pointing out my blind spots.