I met a prince. A real prince. Prince Albert II of Monaco. At the Science Museum last Friday. We watched a movie and sipped Champagne.  It 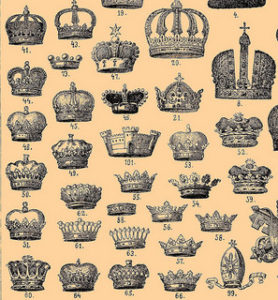 was an unforgettable afternoon.

The Swiss Cultural Counsellor invited me to join her for the awards gala of the Prince Albert II of Monaco Foundation and La Praerie. These prizes are awarded annually to people who have contributed to the protection of our natural environment. David Attenborough received the Award for Preservation of Biodiversity this year.

I was nervous before going. My knowledge about the fragility of our planet comes from newspapers. I worried that I’d be out of my depth, surrounded by experts in the field.

The ceremony lasted three hours, including a film. I learnt a lot.  Moreover, ten speeches were given, which in turn gave me the chance to study how to deliver a speech well. The best speeches no doubt are well prepared but delivered without notes, looking the audience straight in the eye. They are short, with one passionate message. David Attenborough delivered such a speech.

Truth to tell, the Prince and I didn’t actually talk. But we came close. Very close indeed. At the drinks reception I stood back to back to him. For at least 15 minutes.

‘Oh, why didn’t you turn around and talk to him?’ Peirene was unhappy with my performance.

‘I was too embarrassed and wouldn’t have known what to say.’ I said. Then I added defensively:’ You know, princes are humans just like the rest of us. Nothing special about them.’

‘Still, for once you would have impressed me.’

I can see the Nymph’s point. In fact on my way home, I suddenly thought: Why didn’t I turn around? I could have simply complimented him on the success of the evening and his Foundation. Everyone loves a compliment. And even if the Prince and my conversation hadn’t gone much further, at least I would have had a story to tell. And, when will I meet my next prince? Currently I’m going at one every four and a half decades. The Nymph – and I –  may have to wait a little before the next opportunity.