And another fab weekend! Yep, my weekends are just a continuous stream of fabness. Turn green with envy – I don’t mind.  My weeks might 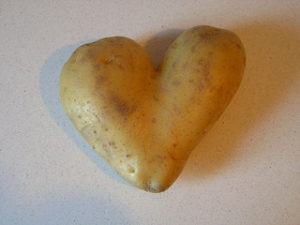 be hard work. But my weekends? Pure pleasure – first spreadsheet delight, now salon galore! I’m not joking. It was really nice. And it’s only now, four days after the event, that I really can grasp what a success it was.  It was the first ever totally sold out salon. I managed to fit 40 people into my study/office where we hold the reading. Truth to be told it wasn’t an exercise in physical comfort. 40 adults in a front room sat on little primary school chairs. I don’t think people minded too much – or at least no one has sued me yet for bodily harm. Instead the audience felt intellectually, creatively and emotionally uplifted by the three stars at the front, Matthias Politycki, Rosie Goldsmith and Anthea Bell. The Dream Team. Author, Journalist, Translator. As they made the audience laugh AND cry and laugh again, I suddenly felt incredibly lucky, that three such successful people were sitting in my literary salon.

So Dream Team went down well, the wine went down well – extremely well! – the cheese went down well, the cake went down well ( as you might remember I’ve given up on the strawberries) BUT the potato salad! The potato salad didn’t go down well. At the end of the evening I had 3.5 kilos remaining. My heart sank when I saw it. I knew something had to go badly wrong – and this time it was the potatoes. It took a bit of mental effort to remind myself that I had initially made 7 kilos of it. My guests therefore had dutifully eaten their staple food, hadn’t’ they? I calmed down and reassured myself that the salad had indeed been cherished. I also realized that I had sorted out our family dinners for the entire following week. Until …. my fourteen year old appeared on the scene. “I hate potato salad!,” was the statement. “Since when?” I asked back. “Since last week.” We managed to strike a deal. We had potato salad for dinner on Monday and Wednesday. Tuesday and tonight I will eat it alone. I think then I, too, will have finally reached my limit. Until the next salon.