Peirene Takes on ‘Life of Pi’

Best news this week: Beside the Sea is outdoing Life of Pi. And that despite the fact that Life of Pi has been turned into a major blockbuster film. 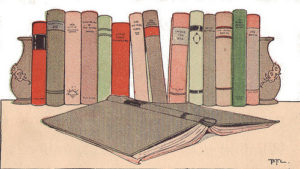 Peirene’s books are widely reviewed in the national press and that certainly helps to sell our books. But if a book – like Life of Pi – is turned into a major film, book sales undoubtedly rocket.

Well, truth to tell – Beside the Sea is outdoing Life of Pi not in sales – yet – but in Norfolk library lending figures. By exactly two copies. But two copies are two copies and not to be scorned. So where does this mini-triumph come from?

On Wednesday I headed to Norwich where the Writers’ Centre has picked Beside the Sea as one of their six Summer Reads for this year. From May to August the book is pushed in Norfolk’s bookshops, libraries and reading groups. The translator Adriana Hunter and I talked about the book at the Millenium Library.

If I had lived three- or four hundred years ago, I know what I would have been: a story-teller. I picture myself as a woman in long woollen skirts and a brown scarf across the shoulders. She walks from village to village where she gathers people around her to tell them stories from far away places. Some of the stories she has collected, some she has made up herself.

Although nowadays my skirts are knee-length and I adore wearing high-heels and prefer to travel by train, I don’t think my job has changed much. I might be called a ‘publisher’, but in my mind’s eye I am a story collector and teller.  My passion is to share stories and see the reaction on people’s faces. I love being invited to events and reading groups to talk about the Peirene stories and series.

‘So why are you so surprised about the success of Beside the Sea?’ Peirene asked when I arrived back home. ‘In Ancient Greece we built whole empires by sitting under olive trees discussing philosophy. Now it’s no longer you alone. Sam and his team from the Writers’ Centre are doing the same for the book. You see, soon the sales figures will climb sky high too.’

‘You might be right, but I must admit I do quite like the idea of a Hollywood block-buster.’ I smile and add: ‘So if Spielberg calls, please do pass him on to me.’  Till then, however, I want to praise the book-readers of Norfolk.  They are wonderful and deserve Peirene’s compliments.