THIS REMARKABLE NOVEL ISN’T ABOUT THE REFUGEE VOICE; IT IS BORN FROM IT AND TOLD THROUGH IT. ON EVERY PAGE, THE GLINT OF HOPE FOR DIGNITY AND A BETTER LIFE IS HEARTBREAKINGLY ALIVE.

I WANT TO HEAR THEIR STORIES AND SEE IF THEIR IMAGINATIONS CAN OPEN UP NEW PATH OF UNDERSTANDING BETWEEN US. COLLABORATIVE WORKS OF LITERATURE CAN ACHIEVE WHAT NO OTHER LITERATURE CAN DO. BY POOLING OUR IMAGINATIONS WE ARE ABLE TO ACCESS SOMETHING TOTALLY DIFFERENT AND NEW THAT GOES BEYOND BOUNDARIES – THAT OF THE INDIVIDUAL, OF NATIONS, OF CULTURES. IT CONNECTS US TO OUR COMMON HUMAN ESSENCE: OUR CREATIVITY. LET’S MAKE STORIES, NOT MORE WAR.

In February of 2017 our publisher, Meike Ziervogel, contacted the Lebanese NGO Basmeh & Zeitooneh (The Smile & The Olive) to help her get in touch with those living in the Shatila Refugee camp in Beirut. Nine Syrian and Palestinian refugees took part in a creative writing workshop run by Peirene. Afterwards, the participants were commissioned to create a piece of collaborative literature. The group consists of six women and three men between the ages of 20 and 43. Most arrived in Beirut from Syria over the last five years, and a couple are second and third generation Palestinian refugees born in Shatila.

The result is a piece of collaborative fiction unlike any other. If you want to understand the chaos of the Middle East – or you just want to follow the course of a beautiful love story – start here.

We funded this book through a Kickstarter campaign, in which we raised £13,350 with the help of 327 Peirene readers. 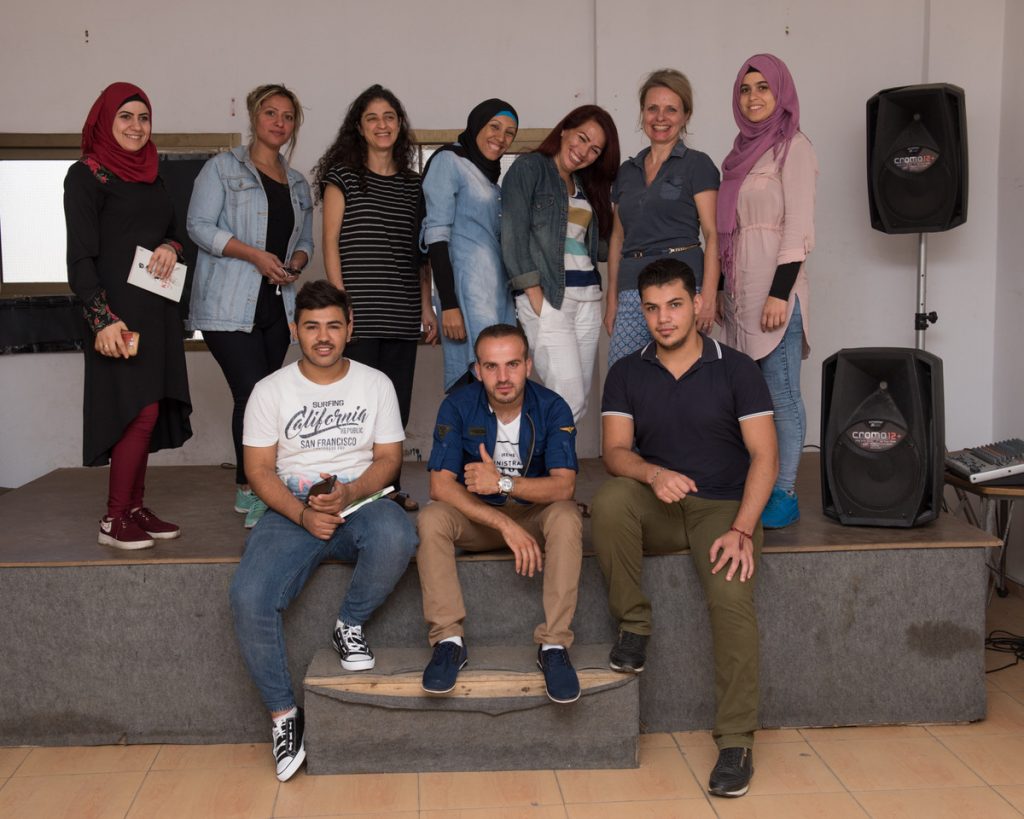 PEIRENE DONATES 50p OF EACH SALE AND ALL PROFITS OF THIS BOOK TO THE LEBANESE NGO BASMEH & ZEITOONEH.

What the nine writer say about their work with Peirene: