An interview with Shadows on the Tundra translator Delija Valiukenas

Even for us, the publishers of Peirene No. 26 Shadows on the Tundra, the following interview with translator Delija Valiuekenas is absolutely fascinating. Here Delija discusses not only her own translation process, but also her emotional response to the text and how the translation of the book finally reached English Readers 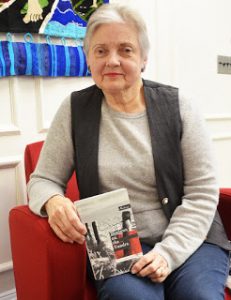 ‘Dalia’s memoir was not a new discovery for me. A friend in Lithuania sent it to me in 1997, as soon as it hit the bookstores. It was a bombshell of a discovery to Lithuanians in the homeland, who had known nothing of Siberia and the fate of the deportees. Any references to Siberian deportations was officially classified material, never discussed in public and often not even in private during the fifty years of Soviet occupation, which ended in 1991 … I first read it twenty years ago, and I remember just how overwhelmed I was at the time. As I lay stretched out on the couch with the book in my lap and a coffee on the side table, I remember thinking that I ought to be on my knees as I read this—so much suffering!’

Read the full interview on Book after Book here: http://bookafterbook.blogspot.com/2018/11/in-conversation-with-delija-valiukenas.html