Peirene and I are both creatures of habit. In addition, I’m a (young) middle-aged woman and she’s an (ancient) Greek Nymph. This means change equals challenge. 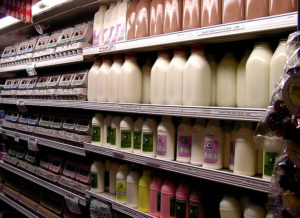 I will give you a simple example. If we go to the supermarket we like to find the eggs in the same aisle where they’ve always been. If they’ve moved, we experience rising hot flushes.

I wish the organisers of this year’s London Book Fair had been forewarned about our preferences.

Ever since I started running Peirene the London Book Fair has taken place at Earls Court. This year it moved to the exhibition center in Olympia. I’ve been aware of it for months. However, I assumed the layout will be more or less the same. After all, there aren’t that many ways of arranging agents and publishers over a couple of floors: publishers stands on the ground floor, agents center on the first floor, all neatly arranged in rows from A to Z and numbered from 1 upwards.

I also assumed that the Independent Publishers Guild (IPG) stand would be to the left at the front and the Nordic stand at the back towards the right. Just as it had always been.

Well, someone had clearly decided otherwise. Not only did 2 no longer follow 1 (and nor was it succeeded by 3) but the IPG stand had moved towards the back and the Nordic stand was so hidden that I took more then ten minutes to find it.

Peirene gave up after a couple of meetings and sat in a cafe and told me that if anyone wanted to see her they would have to come to her. She would not be running around the aisles like a headless chicken – or a middle-aged housewife – looking for the eggs. Her dignity was at stake.

So I battled on by myself. Sometimes with tears in my eyes. But I can proudly announce I made it to all of my meetings – even if not always on time and often out of breath.

‘I had a brilliant day, ‘ The Nymph said as I arrived back at the cafe in the evening.. I sank into the chair at her table. ‘I had so many chance encounters with publishers and agents who were as lost as we.’ She smiled, looking beautifully relaxed, while I felt as if I had run a marathon. ‘I wonder, ‘ she mused, ‘if the organisers deliberately wanted to set up unexpected meetings? If so, they certainly succeeded.’ I  nodded in silence. I was simply too exhausted for ancient Greek philosophy. All I wanted was my bed.