Peirene, this is a blog that may require you to avert your eyes, as I know that otherwise you run the risk of a jealousy attack. 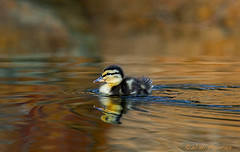 Because the blog is about another inspirational female creature in my life:

My daughter. She is a star.

Last year, she failed to get into the university of her choice. This year she received an offer. She will start in October. It wasn’t luck. It was determination and hard work. She didn’t want to settle for second best so she overcame her disappointment and anger and rose to the challenge to prepare herself in a way that left almost nothing to chance. She read all the Greek tragedies, she practiced interview techniques and, best of all, was prepared to seek and take advice.

Now she has a golden year-off in front of her. Three weeks ago she boarded a plane to Berlin. She had no friends in that city, no accommodation and no job. Initially she found herself in a miserable youth hostel out in the suburbs. But she didn’t give up.  She had a lucky break, a few acts of kindness and now she is sharing a flat with a 20 year old German woman who studies medicine. She has also found a full time job in a company translating websites from German into English.

She is an independent young woman. I am incredibly proud of her.

Next to my desk on the wall, there are two pictures of her. One shows her standing on a white sunny beach in a blue bikini, a smile on her face, arms thrown up in the air. It was taken last summer when she went to Thailand with her friends. The other photo presents a four-month old baby lying in my arms.

Each time my eyes travel between these two images –I feel happiness, for the time we had together while she grew up. I also feel the satisfaction of a job well done – by my husband, her and me.

Perhaps that’s why I don’t feel bereft now that she has ventured into the big wide world.

It’s a beginning of a new era. She’s out there on her own. And that’s where she should be, where she has to be in order to continue growing.

And she knows when to ask for help.

On Thursday evening at 10pm, I received an email from her, entitled ‘Mummy, darling :)’ – that was a worrying sign. Could I look through a translation she’s done for work, it wouldn’t take long – only an hour or two – and she needs it by next morning . The email ended with five kisses xxxxx. If I am lucky I usually receive one x.

Needless to say, I couldn’t resist all this love and did as requested.  However grown up she might have become, I must admit that it’s nice to be needed.