Women are from Venus and men are from Mars. Perhaps. But the distance between a teenage boy and his mother is even greater. We must be from different galaxies. 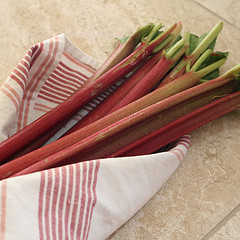 Fourteen and a half years ago my son was born. I looked at him with loving eyes, convinced I had given birth to the most stunning and perfect male creature that has ever walked the earth.

Since my husband has always worked away during the week, from Mondays to Fridays we used to be three at home: Our daughter, our son and me. My daughter has now finished school and gone travelling. So its son and mum home alone. The most stunning male creature and I.

We get on well. With few words.

I: ‘Have you done your homework?’

I: ‘You still need to practice your trumpet.’

I used to be a puritan about meal times. No music. No books. No screens. Meal times were there to make conversation. Now, I have discovered a different way.

At breakfast I read my book, he reads his. And at supper time we prop up the i-pad in the middle of the table and watch documentaries. We’ve already watched a few on how to become a solider in Afghanistan. And at the moment we are viewing a fascinating series about astronauts.

Every now and again, however, I still feel obliged to share words of deep wisdom, such as:

‘Brushing your teeth is important. You only have those sets of teeth and you need to keep them for a few more decades.’

Or: ‘Your brain is like a muscle. You have to train it. That’s why you have to learn all these different subjects in school. The more subtle and stronger your brain muscle becomes, the more you can do with it in later life.’ I was particularly proud of this last as an ingenious piece of advice. And he acknowledged it with a special one word answer:

‘MBS.’ Mum’s Bull Shit. I lifted myself on to my toes and tried to give him a slap on the back of his head. He ducked away shrieking with laughter.

So here we are: two different galaxies orbiting in space. But there is one thing that links us. The black hole through which we can time travel towards each other. Rhubarb crumble.

‘Your rhubarb crumble is the best, ‘ my son praises it in an unusual long sentence whenever I serve it. And my heart once again melts. He is indeed the most perfect male creature that has ever walked the earth.