A few months ago I vowed I would never succumb to an all night binge session again. Back then, it was an easy decision. I had just gorged on 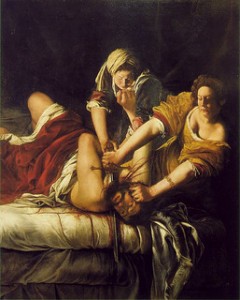 the box set of The Killing in two, all-night glorious DVD sittings.

Last night temptation was put into my path again: Homeland – Series One. I started the innocent evening wanting simply to watch the first couple of episodes. 12 episodes later I crawled into bed at 5.30am.

As I looked into the mirror this morning, I regretted my folly hugely. I need my beauty sleep and no make-up can hide the deprivation. What makes it worse, I’d be happy to put up with dark shadows under my eyes if I could, at least claim that I had used the time expanding my horizons and was up all night reading, let’s say, the Bible in Ancient Greek.

I’ve had a few hours of soul searching. Why do these box sets put my normal decision-making out of operation? The stories are thrilling, the plotting intriguing. And both series centre on strong female characters who share common features: intelligence, obsession and drive.  Like many women, I can identify with that.

But Sarah Lund and Carrie Mathison share another personality trait which makes them different from me. They are both psychologically unstable. I like to claim I’m sane.

However, I then wondered: What if neither Sarah Lund nor Carrie Mathison actually have any psychological issues? They both operate in very female ways and use their intelligence differently from their male colleagues.  Our perception of how things ought to be done and what constitutes success is still very much influenced by our patriarchal structures. Moreover, popular art reflects our social values.  So those two characters had to be scripted has unhinged. But are they?  Madness is often in the eyes of the beholder.

Peirene smiles at me graciously. ‘You managed to give your box set addiction a nice intellectual spin, but how do you explain staying up till dawn?’ I agree, that was a temporary moment of madness – but one that I didn’t repeat last night. Like the sensible publisher that I am – I went to bed at 10pm.