Parents and teachers listen up. Peirene’s books are trending with 16-year-old boys. They belong to a group that is notoriously reluctant to be impressed by literature. Their busy lives of sport and parties and music and Facebook don’t leave them 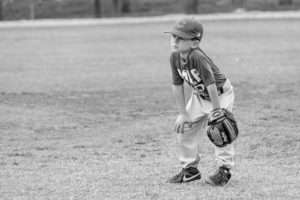 time for reading. Indeed I can personally vouch that at least one of them – my son – has struggled to see the merit of any book for a couple of years. But now, all of a sudden, Percy and his friend have reformed. They are spearheading a movement that promises to revolutionise the reading habits of an entire male generation.

The Nymph is in seventh heaven. All red-cheeked and giggling, she flits around the office. ‘I wonder if I should update my wardrobe. It’s all so dowdy. I need to wear something cooler, trendier when I next meet them. And how about cutting my hair short? It will make me look younger. What do you think?’

‘You are a good looking, clever Nymph,’ I tell her. ‘But sadly I don’t think that’s what stirred the boys. I believe they are after the money.’ I hate to disappoint Peirene. On the other hand I just can’t let her live an illusion.

‘The money?’ Peirene stops dead in her stride and stares at me in disbelief.

Two months ago I mentioned to my son and his friend that we are looking for more booksellers at our stalls, and that they could work as a team. Their eyes lit up at the possibility of earning cash. Then I told them they would first need to read the 18 Peirene books, i.e 9 books each. My son rolled his eyes and left the kitchen. His friend, however, said: ‘Ok. Give me the first three books.’  I selected Chasing the King of Hearts, The Brothers and Tomorrow Pamplona. Three weeks later he told me that he had read them. We had a chat. I was impressed. His favourite of the three: The Brothers.

The performance of his friend put my son under pressure. Charlie has now read six titles, Percy three. Charlie’s top book so far: The Dead Lake. Percy’s: The Mussel Feast. ‘I really enjoyed it,’ he admitted, slightly surprised.

‘The possibility of earning money might have given them the initial incentive,’ Peirene now says. The shock has disappeared from her face and she has recovered her rosy complexion. ‘But I can’t help feeling that our stories have their approval .’ Her face once more takes on a dreamy expression. ‘And from there it’s only a small step to admire an Ancient Greek Nymph. I can’t wait to be taken out by two handsome, young men.’