Hero of the Revolution

Last week I spoke at a TEDx conference about Contemporary Revolutions. I was surrounded by giants. The speaker before me was facebook’s policy director for 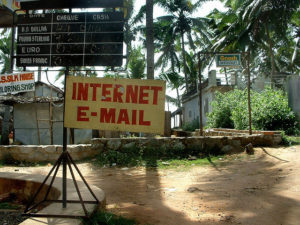 Europe, Middle East and Africa, Simon Milner. The speaker straight after was the Vice President of Spotify, Marc Hazan. Then came the founder of Mumsnet, Justine Roberts and Tom Hulme, General Partner of Google Ventures Europe.

Needless to say the Internet featured highly during the day. Milner spoke about how facebook can transform the cycle of friendship – sustaining connections that would otherwise have fallen away after school. Hazan used the success story of New Zealand teenage singer Lorde to demonstrate the power of the Internet to create a global audience overnight. And Roberts talked about the anonymity of most Mumsnet users and how such a set-up allows for honest conversation.

I, too, made reference to the Internet in my speech, pointing out that even a small, independent press like Peirene can now sell ebooks anywhere in the world and that twitter, facebook and blogging allows us to build and interact with a global community of readers.

So, the Internet was outed as a 21st century hero. Or was it?

‘None of the other speakers has talked about how they make their money,’ the Nymph whispered into my ear half way through the conference. ‘It’s all very well, talking about truthful chatter and overnight fame in the virtual world. But these Internet platforms employ a lot of people. So were is the money coming from?’

‘Shh,’ I hissed. ‘Making money is not the focal point of this conference.’

‘Well… revolutions need money… just saying. ’ Peirene continued. ‘You and I know that the Internet serves us well as a marketing tool. But we make our money primarily through subscriptions, the roaming store and our sold-out events.’ She takes a deep breath. ‘If you ask me, the Internet is a lot of fluff and empty air. People ultimately still want to belong to a real community, made of flesh and blood.’

‘Peirene, please be quiet.’ I was embarrassed sitting next to a whispering Nymph.

But Peirene continued: ‘One more point. Which were the slides of your speech that evoked the most reaction? The image of 50 adults on little plastic chairs in your front room, and you in your thick down jacket behind the stall at the farmers market. Humans love the real stuff. That was the case during ancient Greek times and it is still the case. The future of revolutions may depend not on a few Internet giants but on many small enterprises building and sustaining communities in the real world. So… now I will be quiet.’

And she indeed was, until the end of the conference.