To sell a book you have to stand. If you sit behind the stall, hardly anyone will approach.

To sell a book you have to talk. No one buys a book without a chat. 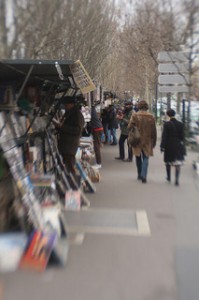 To sell a book you have to smile. No one buys a book from a sour face.

Your mouth will get dry from talking, your face will hurt from smiling and your legs tired from standing.

Maddy and I have become experts in stall selling. We’ve started a year ago. Since then we have had good days and bad days. And sometimes the pain was more than the gain.

But we have never had absolutely fantastic days. Until this weekend. Over the last three days we have sold more books than during the last eleven months together. We have sold three-book packs, six-book packs and subscriptions.

Earlier on in the year, selling subscriptions via the stall had proven to be impossible. No surprise really. We were asking people to hand over hard-earned cash without receiving the goods. Readers usually subscribe online. Our 2012 subscription steadily increases in numbers. Two-year subscriptions – for 2012 and 2013 – have been bought, too. But very few so far have taken up our three year subscription.

On Friday I went with our store to a school Christmas fair. When I managed to sell a couple of 2012 subscriptions, I felt proud. But the best was still to come.

This is a small break-through. Perhaps people have started to trust the brand?

Even the Nymph couldn’t help but feel pleased with Maddy and me. “I am mightily impressed with the two of you.” The Nymph emailed me tonight. “However, just for the record, I like to put in writing the following: it’s not the brand they trust, it’s me, the Ancient Greek Nymph.  They know I’ve been around since the Gods created Olympus, so I will surely exist for a few more years. I don’t think you could have achieved such trust in your publishing venture without my heavenly support.”

Heavenly support? Perhaps she is right. How else can we explain this weekend’s sales figures.