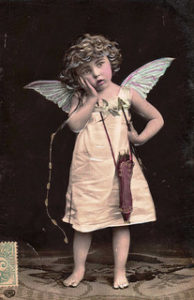 should consider herself one lucky woman.

We have spent the last four consecutive weekends with our husbands’ family. Generally in a good humour. My mother-in-law has two sons: my husband and his brother. At the beginning of this month,  the other side of the family – complete with their three children –  came over from Australia. This was considered a perfect opportunity to organise three huge parties. One for the relatives from my husband’s father side (40 people), one for my mother-in-law’s closest friends (70 people) and one for my husband’s mother’s side (50 people). We were expected to turn up to all of them. In addition, mother-in-law, brother-in-law plus family and my husband, children and I spent a week in a rented cottage on a Scottish island.

We are still alive. No blood spilled. Indeed overall we had rather a nice time. The weather on Islay was bliss, we swam in the sea and went for long walks and indulged in Whisky tastings. At the family parties we talked to people we hadn’t seen for a year, were introduced to new babies and played games involving three generations.

But I have to admit by last Saturday I had enough. “Your mother really didn’t think that through,” I told my husband as we were heading to the final family party of the summer. “You have never spent such a long time with my parents, have you?” and  got in such a strop that I made him park the car while I calmed down in a café. When we eventually arrived at the party and people praised the ham I had cooked the previous evening – the stress evaporated. After all I hardly ever receive such wonderful cooking compliments from my children.

Peirene, too, has decided she likes family parties. Initially she wasn’t sure at all. “Extended families make me feel claustrophobic,“ she moaned. Then she realized that my mother-in-law is spreading the Peirene word. Her eldest sister who lives in America has read the books and orders them regularly to give to friends. The brother-in-law is taking Tomorrow Pamplona and Maybe This Time to Australia and a number of elderly ladies and gentlemen from Berkshire and Hampshire have now ventured into reading foreign lit.

So, I guess my sister-in-law and I aren’t the only ones who have a place in heaven. My mother-in-law deserves a seat there too. However, no more family parties – at least this year.