Writers wrestle with writer’s block, publishers succumb to publisher’s block. At least I do. I want to publish books but I can’t. I read novella after 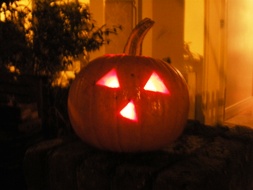 novella – German, French, Hungarian, Finnish, Polish, Italian – but I don’t like them. Or if I like them I won’t be able to sell them.

The only good news: I’ve got a scapegoat for my suffering. I blame Stieg Larsson.

Stieg Larsson’s Millennium Trilogy is cooked with the most common ingredients – a modern maiden-in-distress (young, androgenous, computer geek, self-harming but not totally self-destructive), a knight who aims for her pants (excuse my crudeness) under the guise of trying to save her and a couple of psychopaths who indulge in gruesome murders. And, yes, one or two innocent victims. Idea-free escapism. This Trilogy offers nothing in terms of intellectual provocation and might as well have been written by Dan Brown. I guess we need the comfort of the familiar as we delve into suspense and gore.

I haven’t read the books myself. But I watched  No 1 on DVD. I also have my 15-year-old daughter’s judgement– “It was cool. I read it in a week”. Of course, the fact that the Trilogy has sold millions in the English speaking world, does not help me deliver compliments. I am outright jealous.  I would love my nymph’s texts to scale similar sales heights.

So, as I am at the moment searching the European lit scene for the 2012 titles I try to keep in mind what readers would like.

And I have indeed found a book that seems to fit the bill beautifully, nail-biting suspense and hair raising gore. Except – it isn’t cosy and definitely not mindless. Take only its French title – Pharricide (first published in 1998). The word does not exist, it’s an amalgam of phare (lighthouse) and parricide(killer of parents). The story: a psychopath who lives in a lighthouse and can’t help but kill a few people and eventually himself. It’s Hanibal Lecter – from Hanibal Lecter’s point of view. If the novella is taken at face value, it is- admittedly – a very disturbing, gruesome read. Beside the Sea, in comparison, appears like a holiday postcard. However, if Pharricideis read on a symbolic level (and as such it should be – hence the title)  it’s an incredible piece of literature, showing us the workings of a psychopath’s mind and forcing us to ponder the importance of sound social structures. Not surprisingly, the book was awarded the Prix Charles Brisset by the association of French Psychiatrists.

I won’t publish it. It won’t sell in this country. If it had just been a little less clever, less literary, I might have found a competitor to The Girl with the Dragon Tattoo. As it is I must keep on searching and resign myself that the next Peirene books may not sell in the millions – but they will be excellent for all that.