Getting Close to Don DeLillo

It’s been a year of fantastic prizes and nominations for Peirene:TheIndependent Publishers Newcomer of the Year award, the Foreign Fiction Prize Long List for Beside the Sea and then the Arts Council grant. 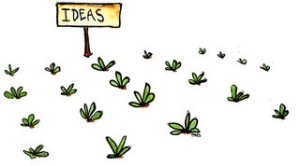 On Tuesday, the Nymph, our designer Sacha and I headed downtown to the Gala dinner of the British Book Design and Production Awards to see if we could add another trophy to the list.

A couple of months ago our 2011 Series of The Man was short-listed for the Series Identity category. We checked out our competitors and decided the only real threat came from Picador’s striking Don De Lillo series.

To cut a long story short – De Lillo won, the Nymph’s men came second. Highly commended though. Not bad, considering that we had never entered this competition before.

But Peirene does not like losing. Even against giants. As soon as the dinner finished she dragged Sacha and me outside into the foyer where the shortlisted books were displayed.

She picked up a De Lillo book. “The cover design is ok. But that’s it. No flaps, the paper quality is far worse than ours. And,” she leafed through the text, opening a page here and there. “And it’s not a coherent design. We have a unified style running through cover, front pages, text and back pages. Every milimeter of our production oozes quality and thought.” Peirene turned on her heels. “I am going home.” Sacha and I stayed a bit longer. At least we wanted to enjoy the Champagne to the end.

On Friday I gave a speech at Stationer’s Hall. I enumerated all our awards, including the “highly commended for the British Book Design and Production Awards, second only to Picador’s Don Delillo series.” The last words sounded awfully good – to be mentioned in the same breath as one of the most famous American writers.  If we had won, that wouldn’t be possible. We’d be simply called “the winner”.  I prefer the Don Delillo connection. I think.

And I am sure the Nymph will soon see it that way too.