We are thrilled to announce our virtual book launch for The Pear Field, in partnership with The Book Hive, Norwich. Writer Nana Ekvtimishvili will be joined by renowned cultural journalist and critic Maya Jaggi for this special event hosted by Maddie Rogers of Peirene’s Borderless Book Club, with readings from translator Elizabeth Heighway.

The Pear Field is acclaimed Georgian filmmaker Nana Ekvtimishvili’s debut novel. First published in 2015, it was awarded several prestigious literary prizes in Georgia and has also been published in Dutch and German, with reviewers praising the book as ‘delicate, heartrending, but completely unsentimental’ (Bayerischer Rundfunk) and ‘a moving debut’ (Norddeutscher Rundfunk).

Beautifully translated by Elizabeth Heighway, the novel centres around eighteen-year-old Lela, who lives in the Residential School for Intellectually Disabled Children. Languishing on the outskirts of Tbilisi, the school is run-down and chronically underfunded, home to a motley group of other children who are either orphans or have been abandoned by their parents. Interspersing vivid snapshots from Lela’s past with the turbulent present, Ekvtimishvili paints an unflinching picture of post-Soviet Georgian life, as experienced by those on the margins of society.

Open to Peirene readers all around the world, the launch will be a chance to hear Nana Ekvtimishvili in conversation with Maya Jaggi, writer, editor, broadcaster and respected cultural journalist. An influential voice on world literature, Jaggi has written extensively about Georgian literature and film for publications such as the Guardian and the Financial Times. In April 2016 she was Artistic Director of the project ‘Where Europe Meets Asia: Georgia25’, a cultural week marking the 25 years since Georgia gained independence from the Soviet Union. 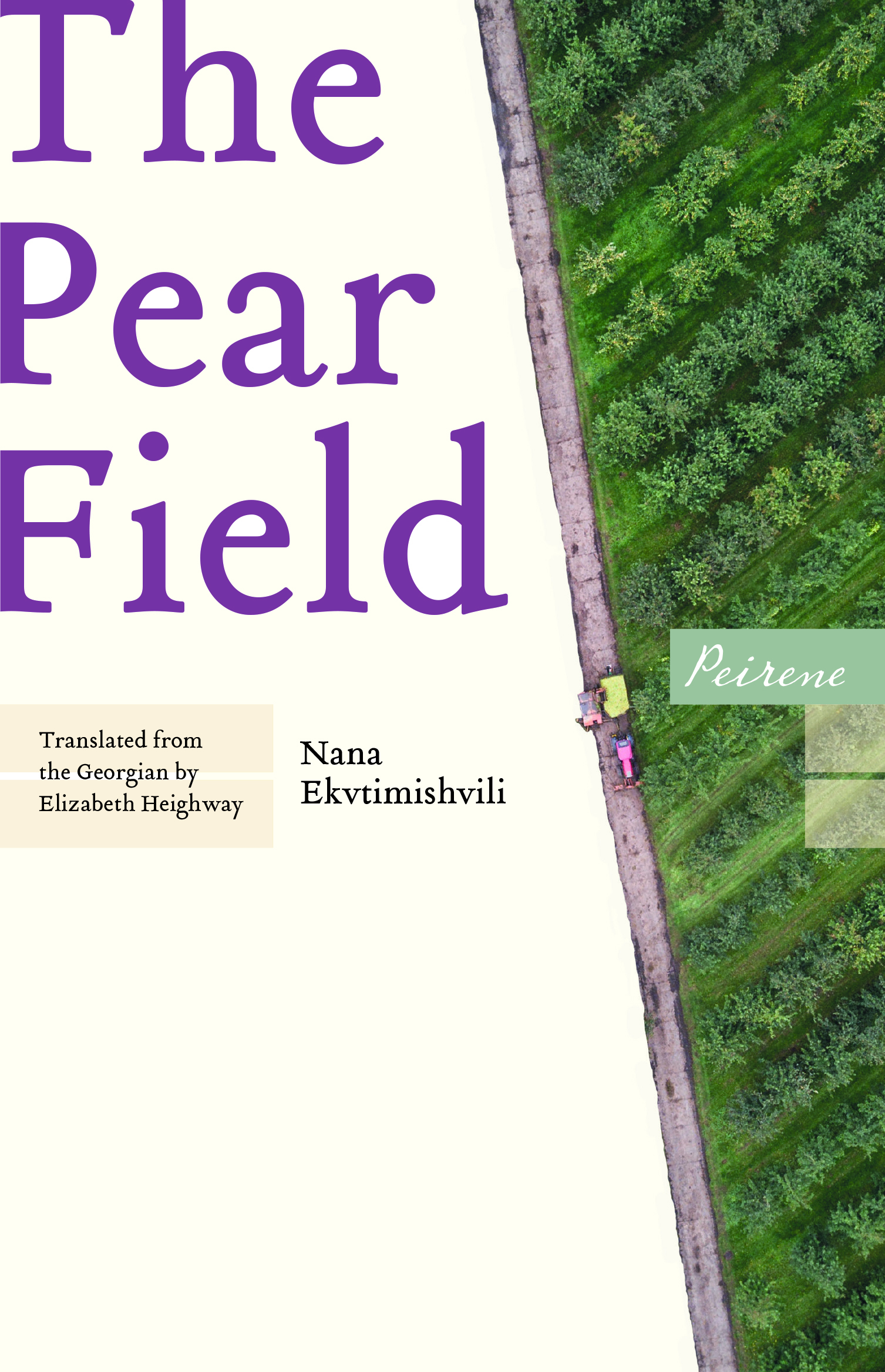 The discussion will be accompanied by readings from the author and translator and will be followed by an audience Q&A.

The Pear Field is available to pre-order from The Book Hive now – click here to get your copy in advance of the launch.

This event is free of charge but places are limited, so book early to avoid disappointment.