A few months ago I received a phone call.  Would I like to come to Dhaka for a literary conclave? The invitation sounded exciting, not least because I’ve never been to Bangladesh 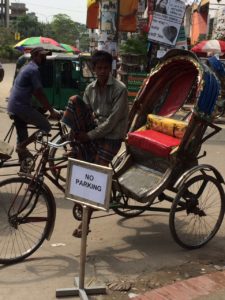 before. I checked my diary and said yes.

As I put down the phone, Peirene shook her head. ‘That was unwise. You don’t know the caller, you don’t know any of the organisers. We’ve never heard of the Bengal Lights Literary Conclave.’

I clicked on the website that I had been given. ‘Look, here are the details from last year’s event.’

The Nymph wasn’t convinced. ‘Anyone can put up a website nowadays.’ She paused, then took a deep breath. ‘I think it might be a scam…in order to … lure you away from Peirene HQ … and abduct you,’ she whispered in a hoarse voice.

‘Abduct me?’ I tried not to chuckle. ‘They just offered to pay for my flight, my hotel. That doesn’t sound like a plan for an abduction.’

‘That shows you how clever they are. Because,’ the Nymph’s lower lip began to quiver, ‘they actually want me. They will hold you hostage until you hand me over.’

I pulled Peirene towards me and put my arm around her. ‘You are an invaluable source of inspiration to me. But I’m pretty sure that no international hostage taker would bother with either you or me.’

The Nymph calmed down. But when I left the house last Wednesday to catch my flight she gave me a long hug as if I might be gone for many months.

It’s now Monday morning 9am Bengali time, 4am UK time. I’m sitting at Dhaka airport waiting to board my flight back to London. I have had three wonderfully inspiring days. I sat on three panels, discussing world insurgencies, fiction writing and the future of publishing. I met writers from seven different countries and four continents, including Nigerian Igoni Barrett, Indian Githa Hariharan and Dutch Femke van Zeijl. And I was invited to the homes of Bengali writers and editors. I received nourishment for my body and soul.

I texted the Nymph, saying that I’m looking forward seeing her. She’s finally put her abduction theory aside. In fact, she now wishes that she had joined me. ‘I feel I missed out :-(’ she messaged ‘I could have been the first Greek nymph to be “big in Bengal”.’