Peirene says I should publicly apologize for having had yet another holiday break – the second one this month. She feels embarrassed for my 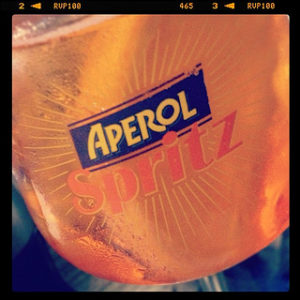 laissez-faire attitude. Only three weeks ago I went away with my husband. Now I have just come back from a three day break in Umbria with my girl friends.

In all honesty, I think the Nymph misunderstands my breaks. During each one of them, I’m actually “at work”.

On the surface of course evidence is against me. Six middle aged women in a beautiful old Umbrian farmhouse. They meet for breakfast at noon, then lie by the poolside till five and spend the evening drinking Aperol spritz.

Our group met thirteen years ago in an antenatal class. If children were all that we had in common, we would probably have stopped seeing each other shortly after the end of the class. Instead, we’ve been going out for dinner once a month ever since and every two years we retreat to the Umbrian Apennines.

Over the last three days, husbands and children received few mentions. After all, we’d see them again shortly. But we read  and wrote and sketched and talked about ideas how to interlink art forms to reach a wider audience.

Many women hit their stride, professionally and artistically, in their 40s. I’m definitely one of them. Though I studied and worked since I left school, I spent much energy in my 20’s looking for a mate. Then, in my 30s I was preoccupied with nurturing children. Now, I have finally reached the runway. And luckily I am not alone.

After a few Aperol spritz, though, our conversation took a turn for the worse. I won’t repeat any of it here now. To spare the poor Nymph further embarrassment on my behalf.