A compliment first thing on Monday morning sets you up for the rest of the week. I was the lucky recipient of such an email last Monday. 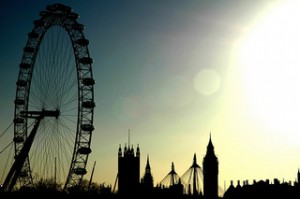 ‘Meike, you are a dynamo publisher,’ Peirene author Matthias Politycki wrote. ‘The critic quotes in the new print run of Next World Novella are fantastic. And the Peirene newspaper looks great. I’ve sent a copy on to my publishers here in Germany.’

I have to repay the compliment to Matthias. He is also a dynamo author.

On the whole, my authors don’t live in this country. Thus they can only help to a limited extent  with promoting their book or, more generally, building a reputation for themselves.

Not so Matthias. When we first published Next World Novella two years ago he decided to live and write in London for three months. He met English writers and readers, academics and reviewers. He made friends and built a network. Last year he was invited to the World Writers Conference in Edinburgh as the only German author. And in November he wrote the first episode of ‘Letters from Germany’ for BBC Radio 4.

He is a witty performer and a highly intelligent commentator. Moreover, he has understood the cultural difference between a German and English audience and knows how to entertain both.

‘… and he’s a charmer,’ the Nymph interrupts me with a slightly sour face. I know what troubles her. After all I – not her – received the compliment from Matthias .

‘There is nothing wrong with being charming.’ I gently tussle her hair as I sometimes do with my children when I bestow upon them a life lesson knowing full well that they don’t like to hear it. ‘Indeed, it’s a skill.’ I then continue. ’Too few people take the time to learn it.’  ‘Oh really?’ says Peirene as she returns to her desk.

A couple of hours later she looks over to me. ‘You type very fast.’ She says with true admiration in her voice. ‘Thank you,’ I smile at her fondly. ‘And you are a clever Nymph who learns fast.’