“Did you vote?” I asked my 17-year old daughter this morning at breakfast. She looked at me bewildered. 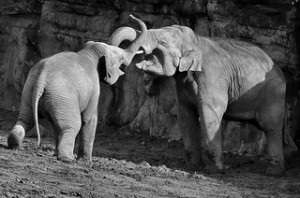 “I didn’t know I could,” she replied.

“I put the voting papers on your desk a few weeks ago,” I said. And then continued: ‘As a responsible member of society it is important to take ones political duties seriously.”

My daughter was right. She can’t yet vote. The papers I had put on her desk asked her merely to register to vote when she is 18. I had misread them.

“Anyway, since you are so much into responsible citizenship, what exactly are you doing besides putting a cross on a piece of paper every few years?” My daughter loves to provoke me. Her eyes then sparkle with victorious joy.  “You can hardly claim that running Peirene makes you ‘politically active’.  Well, this time she was wrong.

Peirene has a number of aims. Publishing contemporary European literature and helping to diversify the Anglo-Saxon book market is one. But there are others.

I believe that it is women in our society who have to change in order to bring about positive future developments for the human race. However, women still struggle with this challenge. We often boycott ourselves and find it difficult to  translate emotions into creative and constructive external activities. I examine these themes by the way I run Peirene and the books I publish.

My daughter rolls her eyes.

“Let me continue.” I ask her. “Peirene takes her name from a Greek Nymph whose eldest son was killed by Artemis. She wept so many tears that eventually she turned into a water spring. Poets of Corinth discovered the Peirene source and for centuries drank its waters to receive inspiration.”

My daughter interrupts. “I heard you give this speech many times.”

“But it is relevant now. The idea of metamorphosis and turning private sorrow and feelings into public creative force is thus implied in Peirene’s name.”

I could have gone on: Veronique Olmi’s Beside the Sea about a mother who kills her two children was Peirene’s first book. This was a deliberate choice on my part. It is a narrative about a woman who is stuck in her own head and unable to perceive outside reality. Peirene titles 2 and 3 also portray women living in their own heads. These three titles  stand in stark contrast – artistically – to Peirene the publishing house, the Nymph who started to ‘sparkle’ with the publication of the Female Voice series.

Next year Peirene will again be concentrating on women’s writing. But this time they are outward looking female narratives.

2013 will see Peirene’s series of the ‘Turning Point: Revolutionary Moments.’ We will publish three internationally acclaimed female authors – Hanna Krall from Poland, Birgit Vanderbeke from Germany and Kristina Carlson from Finland. All  three books deal with important historical moments – Krall on the Holocaust, Vanderbeke on the Fall of the Berlin Wall and Carlson on Darwinism-vis-a-vis Religion. The writers use big historical events as a backdrop for small domestic settings and portray protagonists who are capable of survival.

“And you think the books will change the world? ” The antagonistic glimmer in my daughter’s eyes hasn’t yet disappeared.

“They won’t change the world. But in her own way, Peirene is helping to shape society.”