Over the last months Peirene has started to generate an increasing amount of interest. The guest list for the salon is growing and journalists 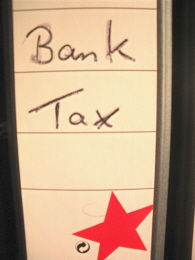 have started to reply to my emails. But even I hadn’t been aware of the real magnitude of the interest. Until Tuesday morning, when I got up as usual around 6.15. Lights were on in the office, lights were on in the kitchen, the living room, the downstairs loo. For a moment I was puzzled. I had worked late on Monday evening, until 1.30. Had I been so tired and forgot to turn off all the lights? Then my eyes fell on a open folder on the kitchen counter. It was the Bank and Tax Peirene file, which I usually keep in the study. A draft led me into the front room. And I discovered the open window. For a moment I stood still, then I panicked. I ran upstairs, into the rooms of the children. Both were soundly asleep. I rushed downstairs again, into every room and out again, trying to hold my sense of shock. We had been burgled! But it was a strange burglary. Nothing seemed to have been messed with, except that Peirene Bank folder, and my mobile phone was gone.

I called the police, barred my phone, rang up the banks and changed passwords. “But why did they look at the Peirene Bank and Tax folder?”, I asked the police. “It says BANK in big letters on the spine. You’re announcing to the world where your money is.” A thought suddenly crossed my mind and made me smile for the first time that morning: Perhaps these poor burglars thought they had hit the jack pot? Perhaps they even knew I was running a business?  Perhaps they checked out the Peirene website, the books, took one good look at all this and thought wow, we are going to rob a multi million dollar company? I know my little nymph looks good. I am very proud of her.  But that stunning and loaded with money?

The burglars’ feeling of disappointment must have been huge. I wish I could say my Peirene account is sporting big, beautiful round figures.

Not yet, I am counting on all of you to make that happen next year.

Have a lovely Christmas, hopefully without burglaries.

More posts in this category